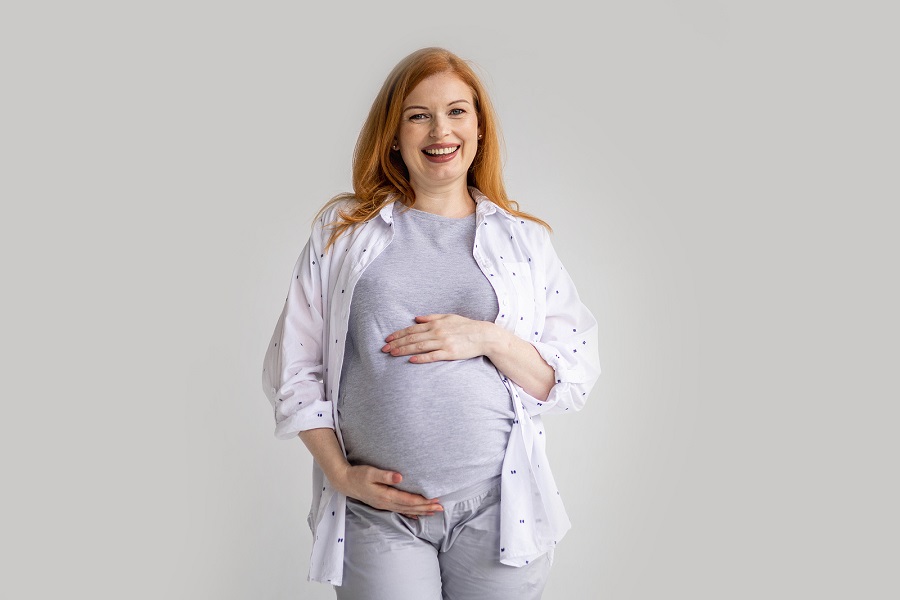 Because the gestation period for humans is about 40 weeks (nearly 10 months), chances are good that a woman who is pregnant may need to visit the dentist at some point during the pregnancy.

Fluctuating hormone levels associated with pregnancy can cause a woman’s gums to swell, bleed, and trap food, which can lead to increased irritation of the gums. Gum disease has even been linked to premature births so keeping up with your dental health habits while pregnant is important for both mom and baby.

It is recommended that all necessary dental work like cavity fillings and teeth cleanings should be performed, even during pregnancy. The second trimester may be preferred as laying in a dental chair may become more uncomfortable for mothers in their third trimester.

New digital dental X-rays produce much less radiation than their traditional counterparts but check with your OB/GYN before having any type of dental X-ray. If a procedure that requires X-rays such as a root canal is required during pregnancy, be advised that both the American Dental Association and the American College of Radiology state that dental X-rays are safe for pregnant women as long as proper shielding is used. The amount of radiation you’re exposed to during dental X-rays is roughly equal to the amount you’re exposed to after a few minutes on an airplane or a half-hour on the beach.

Pregnancy and the Mouth

Hormonal changes associated with pregnancy can cause all sorts of issues with your teeth and gums.

A condition known as pregnancy gingivitis causes swelling and tenderness of the gums, as well as bleeding when brushing or flossing. A dentist may recommend an additional cleaning to combat the effects of this temporary condition.

Because women are now eating for two, so are likely consuming more carbs, it is especially important to increase your dental care schedule as your eating schedule changes. For example, if you find yourself eating in the middle of the night or in between meals, it is important to brush and floss more often, too.

Poor dental habits have been tied to premature births, intrauterine growths, gestational diabetes, and preeclampsia. There is also a condition known as pregnancy tumors, which appear on the gums, most often during the second trimester. These are related to excess plaque and appear as red, round bumps on the gums that may easily bleed. These bumps are harmless and typically vanish following the birth of the child.

Morning sickness, one of the more unwelcome aspects of being pregnant, can cause tooth enamel erosion due to the presence of stomach acids on the teeth. Don’t ever brush your teeth immediately following vomiting; instead, rinse your mouth, gargle with a solution of 1 cup of water plus 1 teaspoon of baking soda to neutralize the acid, and then it is safe to brush your teeth. Otherwise, you may damage your tooth enamel.

It is vital to the health of your teeth that you maintain proper dental hygiene while pregnant. Letting habits like tooth brushing and flossing slide is not good for you or your developing baby.

If you have a dental issue while you are pregnant, rest assured that most qualified and experienced dentists, such as Dr. Ernie Soto in Plantation, Florida, are aware of the special considerations involved in performing dental work on pregnant women and will not expose you to any extra risks. Call (954) 368-6264 or request a consultation now to schedule your consultation with Dr. Soto.

Soda Versus Your Teeth